Tridevi “three goddesses” is a trinity of the supreme deity in Hinduism, combining a trio of distinguished goddesses as either a feminine version of the Trimurti or as consorts of a masculine Trimurti. Typically, Saraswati, Lakshmi, and Parvati, three Hindu goddesses, represent this trinity. These three goddesses are representations of Mula-Prakriti or Adi Parashakti in the Shaktism religion. The Tridevi goddesses serve as consorts and auxiliary deities to the more prominent masculine Trimurti gods in the traditional androcentric Hindu faiths. In Shaktism, the masculine Trimurti gods are demoted to the status of additional deities as agents of the feminine Tridevi. In contrast, the feminine Tridevi goddesses are given the prominent roles of creator (Mahasaraswati), preserver (Mahalakshmi), and destroyer (Mahakali). Here we have talked about Three supreme goddesses in Hindu mythology.

Mahalakshmi – The Goddess of Wealth

The Hindu goddess of wealth, auspiciousness, purity, prosperity, and generosity is known as Sri Mahalakshmi or Lakshmi. She exudes grace, attractiveness, and charm as well. Indian mythology features the strong and well-known Goddess Lakshmi. In actuality, Lakshmi, or Shri, is depicted in Buddhist and Jain monuments as well. Buddhist temples include the first ancient depictions of Devi Shri. The basic form laksa in Sanskrit, which means to see or perceive, is where the term “Lakshmi” originates. This also has the same meaning as “laksa,” which means aim, goal, or objective. Thus, Lakshmi is a Goddess who is revered as a tool for achieving a number of objectives, chief among them being a financial success.

Lakshmi, Sri Maha Vishnu’s consort, also takes on the guises of Sita during Rama’s avatar and Rukmini and Radha during Krishna’s manifestation. As Lakshmi, she is frequently shown as an unbelievably beautiful woman sitting on a fully blossomed lotus, holding pots of gold in her third hand, lotus buds in her other two hands, and benevolently rewarding all people who approach her for help. Elephants stand on either side of her, signifying her royal rank.

Being the Goddess of Wealth, Lakshmi is also seen wearing luxurious crimson silk and being completely adorned with gold and beautiful stones. The four hands of Lakshmi stand for four spiritual virtues. She is seated on a fully opened lotus, which stands for the throne of Divine Truth. Her joyful radiance represents mental and spiritual harmony. Around her, there is perpetual peace and prosperity. Along with her Consort, Vishnu, Sri Mahalakshmi is also seen lying on the Adishesha (bed of snakes). Lakshmi can be seen pressing Vishnu’s feet as he is in the Ananta Shayan (reclining) stance.

Parvati – The Goddess of Power

The ultimate feminine deity, Shakti, is represented by Parvati Devi in Hindu mythology. Despite being a kind mother goddess, she is renowned for showing all of her strength and power when things are most dire. She is regarded by the Shaktas as the supreme manifestation of Divine Shakti and the source of all cosmological force. The mother of Ganesha (the Elephant-Headed Lord), and Kartikeya is Parvati, the daughter of Himavan, the monarch of the Himalayas, who is an incarnation of Sati, Lord Shiva’s first spouse (Muruga or Skanda).

The Devi is frequently pictured as having two arms and sitting on a lion or tiger. Generally peaceful, this goddess is also reputed to assume more threatening personas like Kali, Durga, Chandi, and Mahavidyas. Despite the fact that Parvati is absent from Vedic literature, Uma-Haimavati, the feminine essence of the Supreme Brahman, is discussed in the Kena Upanishad. The Vedic triad of Agni, Vayu, and Indra learn about Brahman from her. Both the Mahabharata and the Ramayana refer to Parvati as Shiva’s consort. The Puranas, which date from the fourth to the thirteenth centuries, and Kalidasa, who lived in the fifth century, both relate the tales of Sati-Parvati and Shiva in great detail. At her father Daksha’s Yagna, Sati, Parvati’s former self, commits suicide (sacrificial ritual). When Sati visits the Yagna against her husband’s desires, Daksha taunts her in addition to refusing to recognize Shiva as his son-in-law.

When Shiva finds out about Sati’s passing, he gets indignant. He loses interest because of his grief, and isolates himself in the mountains. In the meanwhile Sati again reborn as Parvati (Daughter of Himavat and Mainavati). She frequently goes to the cave where Shiva is doing penance, cleans it up, and does daily puja there. But she is so heartbroken that she chooses to perform a painful penance herself in an effort to appease him when he doesn’t even open his eyes to look at her. She strips off her clothes, denies food and drink, and then begins to perform penance in the arid Himalayan environment. Shiva approves of her love for him and consents to marry her. After there, they continue to live on to Mount Kailas, the home of Shiva.

Saraswati – The Goddess of Learning and Knowledge

The Hindu goddess of education, learning, music and the arts is Saraswati. The Vedic Saraswati River has also been used to symbolize and compare Saraswati. She is Brahma’s spouse, the Hindu creator god. She completes the set of the divine Tridevi (the three goddesses, just as the heavenly Trinity) along with Parvati and Lakshmi. The Vedas are considered to be Saraswati’s progeny in Hinduism. In India, the goddess Saraswati is revered as a means of obtaining learning and understanding. Additionally, Saraswati is an important figure in Mahayana Buddhism. She first appears in a Mahayana Sutra, the Golden Radiance Sutra from the late 4th or early 5th Century.

Devi Saraswati is frequently shown as a stunning, white-skinned woman wearing just white clothing while sitting on a white Nelumbo nucifera lotus. The swan serves as her vahana, or chariot, and represents the fact that she is rooted in the knowledge of the Absolute Truth. She thereby possesses both knowledge and first-hand experience of the Highest Reality. White is the hue most often associated with Saraswati because it represents the purity of real wisdom. She is also sometimes linked to the color yellow, which is the hue of the mustard plant’s blossoms, which bloom during her celebration in the spring. In contrast to the goddess Lakshmi, Saraswati is depicted as wearing very modest clothing, maybe as a representation of her.

Typically, Saraswati is depicted with four limbs, each of which stands for one of the four learning-related facets of human personality: mind, intellect, awareness, and ego. As an alternative, the four arms could alternatively stand in for the four Vedas, which are the main holy texts for Hindus. The three literary genres are each represented by one of the Vedas: Poetry is represented by the hymns found in the Rigveda; prose is found in the Yajurveda, and music is represented by the Samaveda. The book on the one hand represents prose, the crystal rosary represents poetry, and the veena represents music. The holy water pot stands for purity in all three of them, or their capacity to purify human thought.

Near her feet is frequently a white swan. It is stated that the sacred swan can only drink milk when given a combination of milk and water. Thus, the distinction between the good and the wicked or the eternal and the ephemeral is represented by the swan. Goddess Saraswati is also known as Hamsa-Vahini, which translates to “she who has a swan as her vehicle” due to her connection to the swan. On occasion, a peacock is depicted next to the deity. With a peacock as her horse, the Goddess encourages Hindus to be intelligent in regards to the everlasting truth and to not be concerned with outward appearance, which the peacock symbolizes as arrogance and vanity over its beauty. 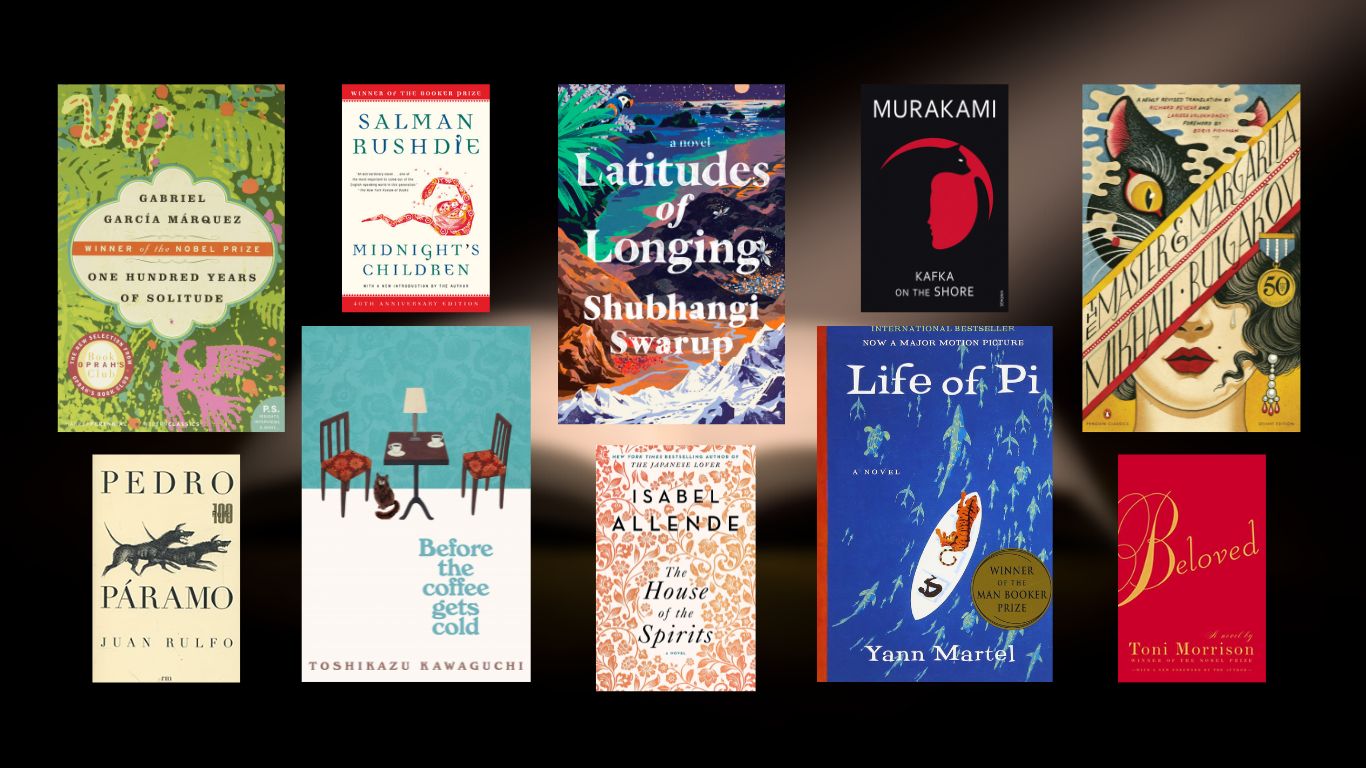 10 Books With Magical Realism Everyone Should Read 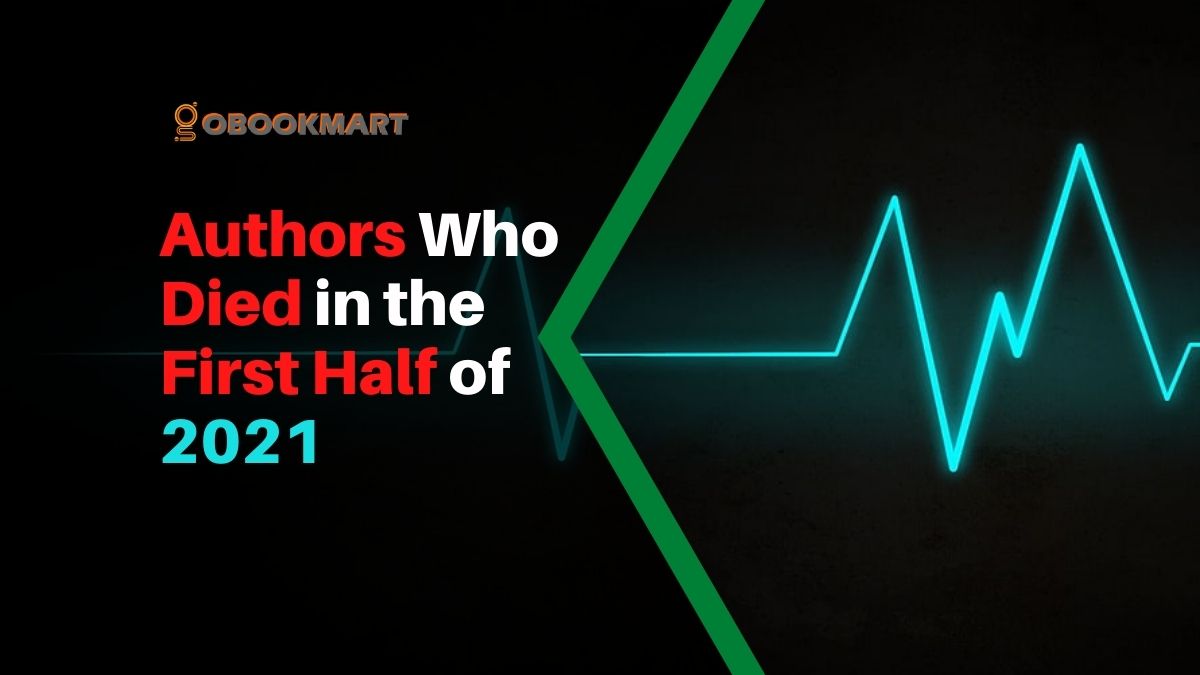