Superhero Movies Where the Hero Loses in the End

Superhero Movies Where The Hero Loses in the End

Superhero Movies Where the Hero Loses in the End: It is almost always the case when it comes to superhero films that they follow the usual pattern where the hero defeats the villain and wins against all odds. There is always a surety that no matter how bleak things may seem, they will always turn out for the better in the end. However, it is ultimately more interesting to watch a hero lose for once. The most heroic thing to do is to keep trying even after you lose.

Superhero Movies Where the Hero Loses in the End

‘Captain America: Civil War’ (2016) was a crossover Marvel film directer by the duo of brothers, Anthony Russo and Joe Russo. Previously the duo had worked on the preceding movie in this franchise, ‘Captain America: The Winter Soldier’ (2013) which gained great popularity among the fandom.

‘Captain America: Civil War’ (2016) focused on the Avengers as they face an unexpected challenge. When the situation with the artificial intelligence, Ultron, went south in Sokovia and caused the loss of civilian lives, the Government decided to introduce an act to keep powered individuals in line, known as the Sokovia Accords. Under the Sokovia Accords, every single powered individual would have to register themselves with the Government so they could be kept under observation.

The disagreement surrounding these Accords is what led to the ‘Civil War’ amongst our beloved heroes. While the Avengers like Tony Stark, Natasha Romanoff and Vision are in support of the Accords, some of the other Avengers, like Steve Rogers, Wanda Maximoff, and Sam Wilson vehemently oppose them. As tension between these old friends reaches new highs, a new villain, Baron Zemo uses it to his advantage by framing Rogers’ former best friend, Bucky Barnes, better known as the Winter Soldier for a bombing at a United Nations assembly.

The rift between the two factions of the Avengers only widens with time and a battle takes place at an airport between ‘Team Cap’ and ‘Team Stark’. In the end, there really are no winners in this fight. While Tony Stark and his team go back to a post-Accords life but with the immense loss of some of his best friends, Steve Rogers and his team are imprisoned for their non-compliance, which makes them a threat in the Government’s eyes. Finally, Steve Rogers and his team manage to escape from this high-security prison but have to spend the rest of their time on the run.

Turns out, 2016 was not the year for superheroes. ‘Batman v Superman: Dawn of Justice’ (2016) was released a mere two months before ‘Captain America: Civil War’ debuted in cinema halls all over the world. The film was directed by Zack Snyder, one of the most beloved directors among DCEU enthusiasts and featured Ben Affleck, Henry Cavill and Jesse Eisenberg in significant roles. Strangely, ‘Batman v Superman: Dawn of Justice’ (2016) follows an uncannily similar plot to Marvel Cinematic Universe’s ‘Captain America: Civil War’ (2016).

Superman, the superhero alias taken up by journalist Clark Kent, is in hot water with the authorities of the city due to his battle with General Zod (a war criminal from the planet Krypton). During this time, Kent, who has recently become aware of the existence of Batman, and wary of his vigilante ways, is looking for a way to expose him through the Daily Planet. All this while, Bruce Wayne has been having cryptic dreams and visions implying that the Superman who fights for justice may soon become evil. In order to find a way to stop this powerful individual, Bruce begins forming a team of other powered people, which becomes the skeleton for the Justice League in the future.

Taking advantage of this highly volatile situation, Lex Luthor orchestrates a bombing at a hearing regarding Superman and his battle with Zod, which kills everyone present except Superman. Luthor even then continues to manipulate both Batman and Superman in his attempt to get rid of them both, though eventually, they both come to their senses and realise who the real villain is.

Though this realisation comes far too late as Luthor sets free a monster created from the modified DNA of Zod and himself on the heroes. This monster proves to be a formidable foe, except for its weakness to Kryptonite. Superman finally defeats it by stabbing it with a Kryptonite spear, but this costs him his life as the creature stabs him in his weakened state from the Kryptonite exposure.

‘Spider-Man: Far From Home’ (2017) was the second film in the third reboot of the Spider-Man franchise, this time under Disney and the Marvel Cinematic Universe. Directed by Jon Watts and featuring Tom Holland in the lead role, along with big names like Zendaya, Jake Gyllenhaal, and Marisa Tomei, the film was bound to be successful.

After ‘Captain America: Civil War’ introduced us to the excited high-school teenager with the new-found superpowers that is Peter Parker, ‘Spider-Man: Homecoming’ (2017) served as a sort of the origin story for this young hero. Though it is in ‘Spider-Man: Far From Home’ (2019), Peter Parker has to finally learn how to metaphorically ride a bike without the metaphorical training wheels.

‘Spider-Man: Far From Home’ (2019) purely focuses on Peter Parker going back to his superhero ways while also dealing with the immense grief of losing his father figure, Tony Stark. Due to his vulnerability, Parker is manipulated and taken advantage of by a man, Mysterio, claiming to be a hero from another universe. The man claiming to be this Mysterio, in reality, is just a guy named Quentin Beck who used to work for Tony Stark and was humiliated by him during his career.

Mysterio befriends Peter Parker in an attempt to have his vengeance upon the now-dead Stark. Though, in the end, Peter finally figures out the truth and defeats Mysterio. However, all is far from being well as everything around him falls apart as a video reveals his real identity to the world and frames him for Beck’s death.

‘Avengers: Infinity War’ (2018) is the penultimate film in the long-forged ‘Infinity Saga’. It was directed by the duo of brothers, Joe and Anthony Russo and featured a star-studded cast of almost every actor under the Marvel Cinematic Universe banner.

The film focuses on the Avengers as they face the long-coming threat of the alien Thanos for the first time. Thanos believes that the only way for the universe to exist without falling into destruction is by balancing the scales. In order to do this, he begins collecting the Infinity Stones (which are ancient gems that carry immense powers) to wipe out half the population of the whole entire universe. Blinded by this ideology, Thanos refuses to see any reason and truly believes what he is doing is for the good of the world.

The Avengers come together as soon as Thanos’s goons attack New York City in search of the Time Stone which is in the possession of Doctor Strange. Every single Avenger puts together all their might to deter Thanos’s plans and avoid the stones from falling into his hands. All their efforts, in the end, are wasted as Thanos eventually collects every single Infinity Stone and successfully erases half the population of the universe, including many of the Avengers and their allies.

The film Logan (2017) is the last instalment in the long-running Wolverine trilogy. Directed by James Mangold, it features Hugh Jackman in the titular role of Logan. Logan had been making appearances in various X-Men films along with the two prior films in this trilogy and has a dedicated fan base at this point.

In the beginning, Logan is suffering from the decline of his self-regenerating abilities as new mutants haven’t been born in the last 25 years. All the while, Professor X is suffering from the destructive decline of his abilities as well. Logan also comes into contact with a new young mutant by the name of Laura, and even as he begins to form a sort of father-daughter bond with her, his end is fast approaching. Logan ends with the death of an almost invincible hero, who people have been loving for years now. Logan is also one of the last X-Men to fall to his demise.

‘The Dark Knight’ (2008) is the second film in the iconic Christopher Nolan’s The Dark Knight trilogy. The film casts Christian Bale as the vigilante superhero, along with some huge industry names like Michael Caine, Gary Oldman and even Heath Ledger as the Joker.

Bruce Wayne as his alias of Batman teams up with the city’s District Attorney, Harvey Dent and the police lieutenant, Jim Gordon in an attempt to rid the city of the organized crime that has plagued it since time immemorial. This partnership bears great fruits, in the beginning, the appearance of the criminal and gang leader who calls himself ‘The Joker’ throws everything into chaos once again.

The Joker goes to great lengths to cause terrible things in the city and ultimately corrupt the city’s masked vigilante. However, when this endeavour of his fails, he focuses on corrupting his partner, Harvey Dent. Batman is then forced to put a stop to Dent who is driven mad by his grief and fell prey to the Joker’s manipulation. When the end comes, Batman hides the truth of Dent’s circumstances from the people of the city and lets him die a hero, while he takes the blame for his death and fades into retirement as a manhunt for him begins.

Things School Does Not Teach You, But You should Learn 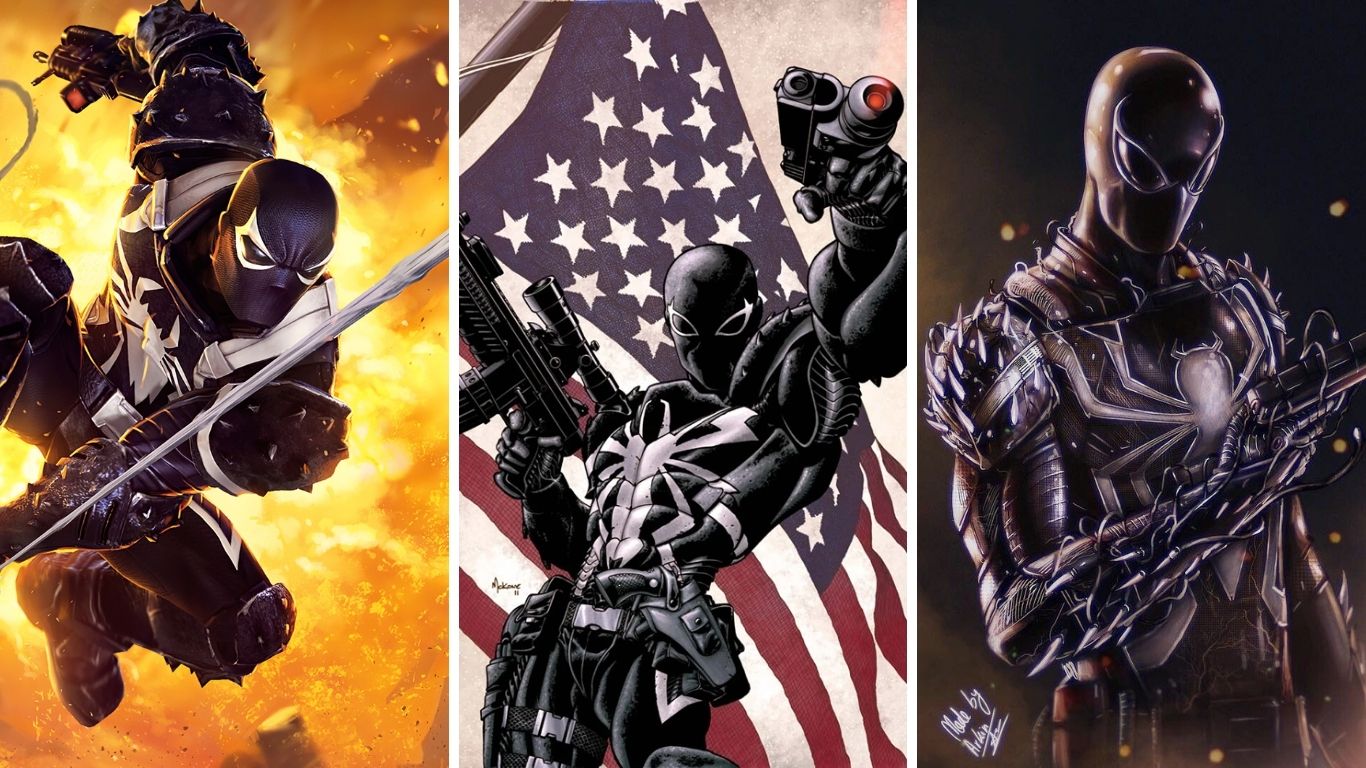 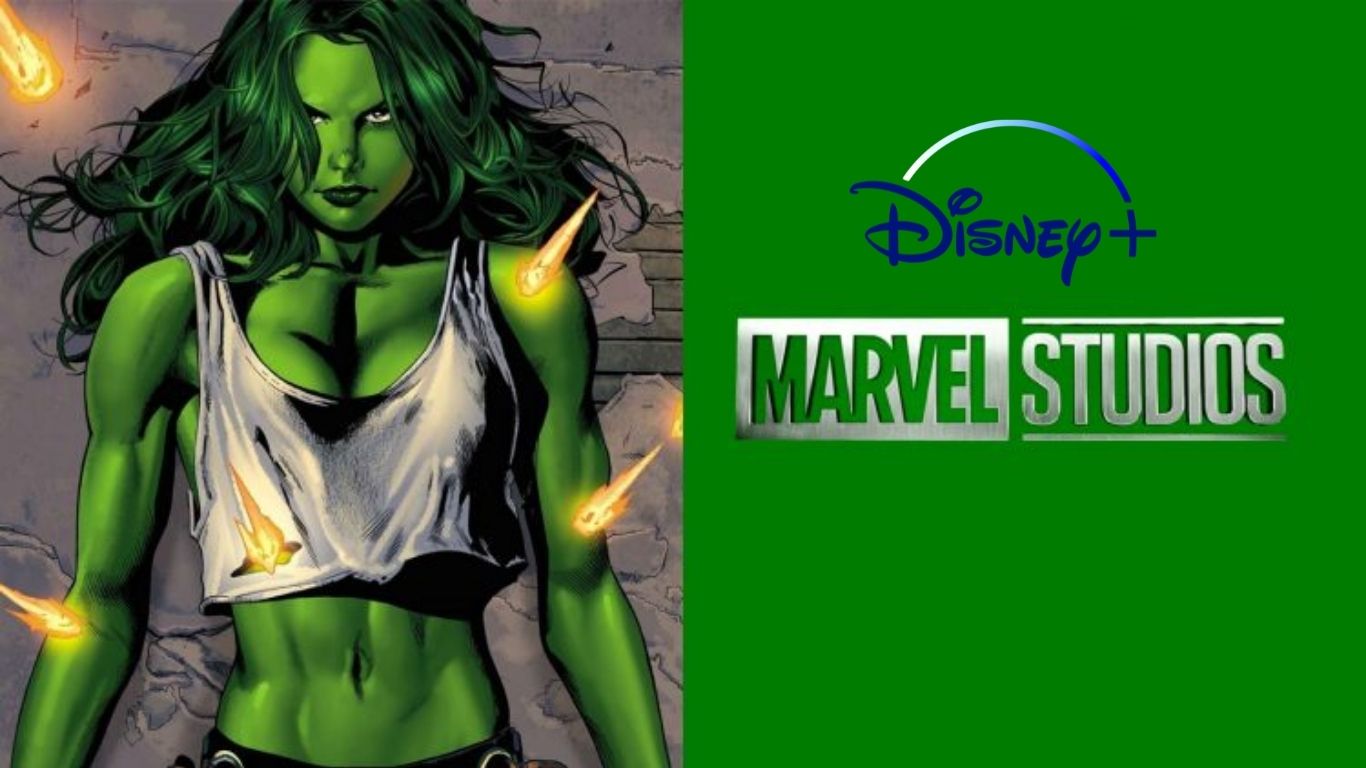 The Origin Story of She-Hulk | Female Version of Hulk Actors Who Appeared In Both Marvel And DC Movies