Hera | Greek Goddess Of Marriage | Queen of The Gods: According to ancient Greek mythology, Hera was Zeus’ sister-wife, the ruler of the Olympian gods, and the daughter of the Titans Cronus and Rhea. She was compared to the Roman goddess Juno. Hera was revered across the Greek world and had a significant role in Greek literature. She is most usually depicted as Zeus’s angry and envious wife, who pursues the heroines he loves with a vengeful wrath. It was long believed that Hera was the only legitimate wife of Zeus, replacing Dione, who had access to his legendary oracle at Dodona in Epirus. In general, Hera was revered in two main roles: as Zeus’s consort and the monarch of heaven, and as the goddess of marriage and women’s lives.

She assumed the name Eileithyia, the birth goddess, at Argos and Athens since the second sphere naturally made her the protector of women giving birth. Here, however, was much more than just the goddess of marriage and the queen of heaven at Argos and Sámos. She held a position similar to Athena’s in Athens because she was a patron of those cities. She had a feast there called the Shield, and there was an armed procession in her honour at Sámos, despite the fact that her Argive ceremony was distinctly agricultural in nature. A city goddess must rule in both peace and war, according to the wide range of roles given to the patron divinity of a Greek state. The cow was an animal that Hera held in particular sanctity. Cuckoos were her sacred birds at first, then peacocks. She was portrayed as a young, but stately and stern, matron.

Hera, who bore Zeus three children—Ares, the god of battle, Hebe, the goddess of youth, and Eileithyia, the goddess of childbirth—was the daughter of Cronus and Rhea in Greek mythology. In retribution for Zeus’ equally lonesome delivery of Athena, Hera also gave birth to Hephaistos (the god of metallurgy). Hephaistos was cast from Mount Olympus by Hera due to his ugly appearance, and after falling to Earth, the god developed a limp. In some stories, Hephaistos’ crippling was the very reason Zeus cast him from the sky. Hephaistos, in any event, harboured resentment toward his mother and even put her on a special throne. Only after promising her son the hand of Aphrodite in marriage was Hera freed from the contraption.

The Infidelities of Zeus

An extremely well-known myth featured Hera, Zeus, and Io in numerous variations. Io was a former princess of Argos and one of the gods’ priestesses. According to some legends, the goddess Hera turned Io into a cow to ward off Zeus’ advances. However, according to other stories, it was Zeus who transformed the girl into a white cow, either to have a secret rendezvous with her or to convince Hera that he wasn’t really interested in her. Hera found out about their courtship, kidnapped the cow, and assigned the one-hundred-eyed Argos to watch over her. Then Zeus used Hermes to put Argos to sleep before killing him.

Hera went to tremendous measures to get her revenge for Zeus’ affair with Alkmene, directing her hatred mostly toward their son Hercules. Hera caused the hero to go insane and murder his own wife and children, delayed his birth so that his cousin Eurystheus could succeed to the throne of Tiryns, sent two snakes to kill the infant while he slept, and had Eurystheus assign the hero his twelve labours, which were so dangerous that she hoped they would be fatal. She also turned the Amazons against the hero when he went in pursuit of the girdle of Hippolyta and turned the Lerna Hydra against the people of Hercules’ hometown. Hera also created some of the terrifying creatures that Hercules had to battle, including the lion.

Hera had a significant role in Homer’s Iliad’s account of the Trojan War. The goddess, who never forgave the Trojan prince Paris for choosing Aphrodite over her as the most beautiful deity, constantly plots with other gods to bring Troy to its knees. Hera identifies three cities in the Iliad that are particularly precious to her: Argos, Sparta, and Mycenae (or Mykene). When she was a young kid, Ocean and Tethys raised her while Zeus fought Cronos. Hera is frequently referred to by Homer as “white-armed,” “ox-eyed,” and “Hera of Argos.” She is also referred to as “of Argos” and more frequently as “golden-sandaled” by Hesiod in his Theogony.

The goddess Hera was a significant figure in Greek mythology. She served as the protector of Argos, which had a temple dedicated to the goddess since the middle of the eighth century BCE. She also had a temple in Olympia (650–600 BCE) and Tiryns was a significant location for her devotion in the seventh century BCE. As early as the Mycenaean period in the middle of the second millennium BCE, the island of Samos—some sources claim the goddess’ birthplace—had been a centre for the cult worship of the Greek goddess. A significant centre was established starting in the eighth century BCE and flourished well into the Roman era. Hera was highly revered in Elis, where coinage from the fifth and fourth centuries BCE showed the goddess. Hera was honoured with annual marriage festivals (hierogamy), women’s athletic competitions called the Heraia, and re-enactments of Zeus and Hera’s union.

Hera was naturally a major character in ancient Greek art as one of the most significant deities, especially on Attic red- and black-figure ceramics. She is frequently difficult to differentiate from other deities since she lacks any distinctive characteristics. Hera (Queen of gods) typically sits on a throne and occasionally sports a crown (polos), a royal scepter, and a veil. She is occasionally shown with a pomegranate, a conventional fertility sign. Other connotations include the pride-inspiring peacock, the cuckoo (Zeus’ original form when he courted Hera), which the goddess is said to have kept as a pet on Mount Olympus, and finally, the lily flower.

The goddess continued to exist in Roman society under the name Juno, albeit she primarily stood for Hera’s ideals of a happy family and a committed marriage rather than her fierce vengeance for infidelity. Along with Jupiter and Minerva, Juno was one of the most significant Roman deities; in fact, she served as Rome’s patron saint. Every year, in June—the month bearing her name and the season considered to be the most auspicious for marriage in Roman culture—a festival was conducted in her honour.

We all die. The goal isn’t to live forever, the goal is to create something that will 10 Most Popular Cartoon Characters of all Time 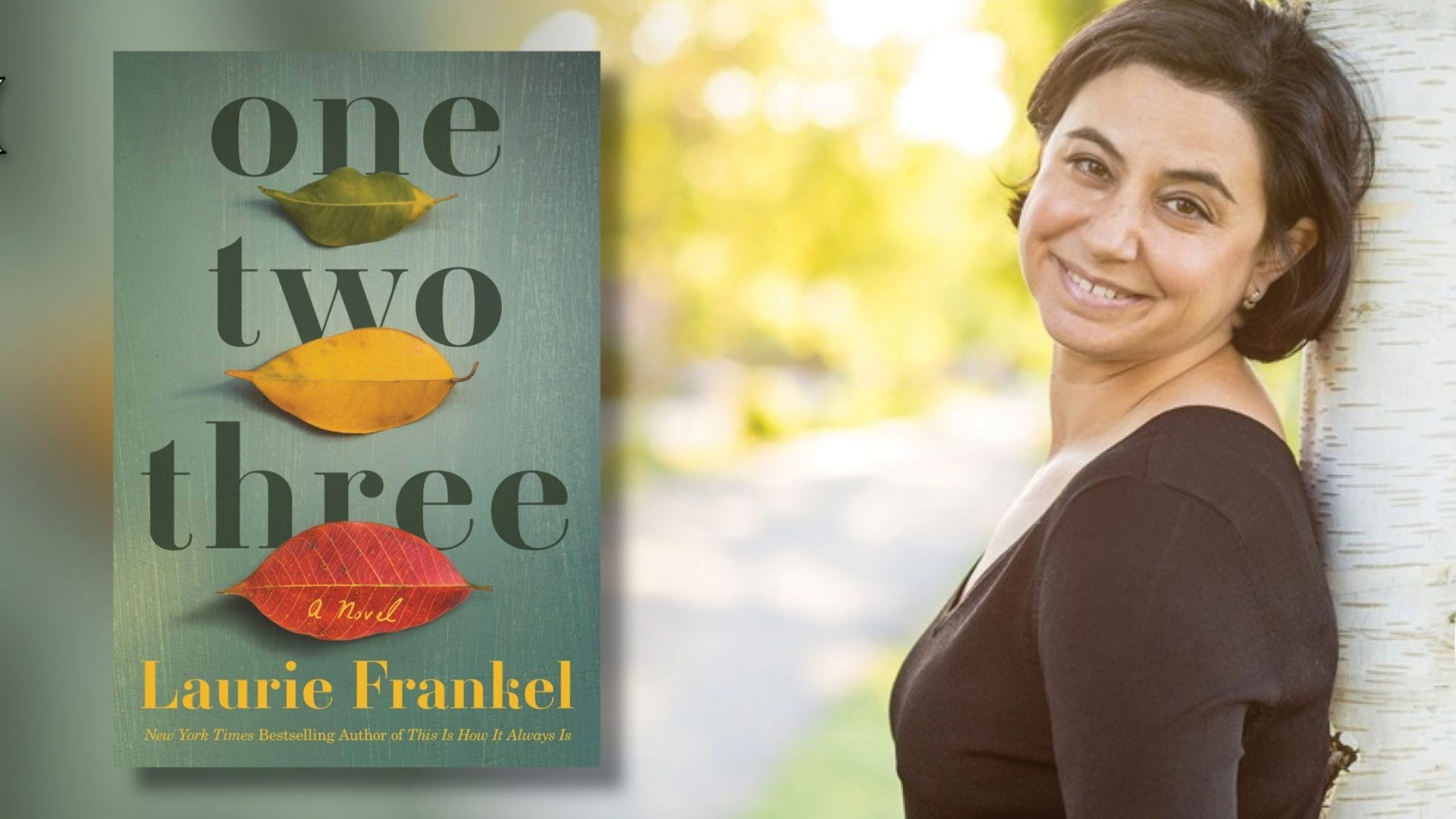 An Exclusive Interview With Laurie Frankel | Author of One Two Three 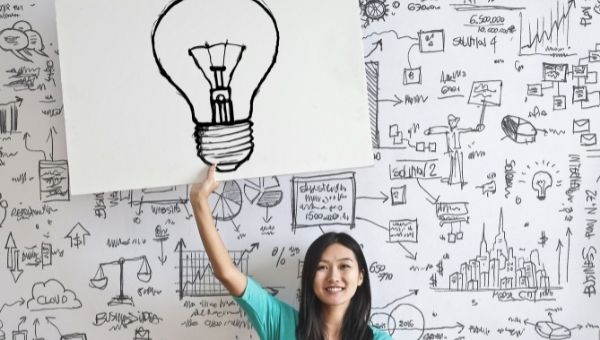 10 Inspiring Books about Inventors and Inventions