Stan “The Man” Lee has created a magnificent number of comic characters over his lifetime. His story-telling skills and intriguing illustrations have stood the test of time and remain relevant, even today. He is the man responsible for so many of our favourite superheroes today, from the witty, friendly neighbourhood Spider-Man to the all-powerful, cosmos-ruling Scarlet Witch. However, this legend did not just create new and fascinating characters for Marvel. Today, we will take a look at the top ten characters Stan Lee created outside of Marvel.

Released under Stan Lee’s company, POW! Entertainment, Lightspeed, directed by Don E. FlauntLeRoy came out in 2006, following Stan Lee’s incredible past reign of superhero movies. Despite being a creation of a legend, Lightspeed received extremely mixed reviews upon release, which devolved into a 2.5-star rating on IMDB. The movie featured Jason Connery, Daniel Goddard, Lee Majors and Nicole Eggert.

Lightspeed follows the story of a Government agent, Daniel Leight, who suffers from a critical injury as a result of the villain, Python, dropping a building on him. During his treatment, Python tampers with the radiation which gives Daniel the ability to move at a rapid speed. Though this ability does not come without its consequences.

Stan Lee’s POW! Entertainment collaborated with Archie Comics to create this franchise comprising of seven brand new heroes titled, ‘Stan Lee’s Mighty 7’. The first issue of the comic was published in March 2012. A year later, in March 2013, an animated movie by the same title premiered on Hub Network.

The story revolves around a group of aliens who Stan Lee discovers and trains, as himself and uses to write a comic. Five out of these seven aliens are criminals who were being escorted by the other two marshals before their ship crash-landed on Earth. It is amusing to see how this group of misfits work together with the wise Stan Lee’s guidance.

Stan Lee found a way to make his way into the Japanese market as a co-creator and writer of the anime, ‘The Reflection’, along with director Hiroshi Nagahama. The anime had a twelve-episode run over the span of two months in 2017.

As for the story, a mysterious event, ‘The Reflection’ grants various individuals over the world certain superpowers. We follow the main character, Eleanor, a journalist with teleportation powers, along with other characters like I-Guy, who has a super-powered voice and Lisa Livingstone, who can transform into a giant robot. The most intriguing character, however, is X-On, who despite not being a Reflected, can still absorb powers from other Reflected individuals.

Stan Lee didn’t just work in the western comic industry, he also dabbled in Japanese mangas. One such manga, created by Stan Lee was called ‘Karakuri Doji Ultimo’ (literal trans. Mechanical Boys) under his company POW! Entertainment. The work was illustrated by Hiroyuki Takei. It was published in a special edition of Jump Square.

The story is set in feudal Japan. It follows Ultimo, who was created as a “perfect good” and Vice, who was created as a “perfect evil”. Along with Ultimo, Yamato Agari was also a protagonist, and the other antagonists include K and Jealousy. When Yamato Agari becomes acquainted with the Karakuri Doji (mechanical boys) and eventually Ultimo, he is faced with the philosophical question of good and evil.

The ‘Karakuri Doji Ultimo’ and the ‘The Reflection’ were not Stan Lee’s only ventures into the manga and anime industry. Heroman brought both aspects together, created together by Stan Lee and Bones. The manga was published in Monthly Shonen Gangan and the anime was broadcast on TV Tokyo.

Joey Jones is an orphan who lives with his grandfather and works at a restaurant. Upon hearing of the new robot toy, Heybo, he tries to get one, though with no luck. Later he finds a Heybo, abandoned by a bully, which he then fixes and calls, Heroman, who receives superpowers as a result of getting hit by lightning.

As unbelievable as it may seem, Stan Lee actually was responsible for creating an Indian superhero, Chakra The Invincible, with collaborative efforts from Sharan Devarajan and Gotham Chopra. It was released on Cartoon Network in 2013, in both Hindi and English.

We follow a young boy living in the big city of Mumbai named Raju Rai. With the help of his mentor, a scientist named Dr. Singh, Raju dons a suit that enhances all the chakras in his body and takes on the responsibility of protecting Mumbai.

Steven Lee is the main character in a graphic novel series, Convergence, published under Disney. It consists of three books, ‘The Zodiac Academy’, ‘The Dragon’s Return’ and ‘The Balance of Powers’ written by Stan Lee and Stuart Moore with illustrations from Andie Tong.

Steven Lee is a teenager with superpowers which happens to be a staple in many Stan Lee stories. The Chinese-American boy learns about the twelve different powers corresponding with the twelve Chinese Zodiacs and the Zodiac Academy. Steven suddenly not only has to learn how to exert control over his powers but also has to find a way from keeping the powers from falling into the wrong hands.

Soldier Zero was introduced in a brand-new comic series created by Stan Lee under BOOM! Studios. This creation was in collaboration with the artist Javier Pina and writer Paul Cornell.

Stuart Trautmann, who was a Captain in the United States Marines, takes on the mantle of Soldier Zero. On a battlefield, Trautmann was rendered unable to walk due to a bomb that killed his team. Stuart has two significant relationships in his life, his older brother James and the love of his life, Lilly. When a situation puts both Lilly and Stuart in grave danger, he has to find the will to bond with Soldier Zero, an alien species. With this new power in his hands, Soldier Zero strives to protect the Earth.

The Traveler exists in the same universe as Soldier Zero. Stan Lee created this character under POW! Entertainment and BOOM! Studios. Mark Waid worked as the writer, while Chad Hardin was the artist.

As a scientist working at Martin-Colding Labs, Ronald Lessik is no one special. Until out of selfish motives, Dr. Colding sabotages Lessik’s experiment causing the death of Lessik’s girlfriend and granting Ronald Lessik powers that put him in a time loop.

The Traveler has good control over the flow of time, which is what earned him the alias, Kronus, the Greek Titan of Time. He can slow down or accelerate time as per his needs.

Starborn is the last comic from the collaboration between Stan Lee’s POW! Entertainment and BOOM! Studios. This character has appeared in a total of 16 issues and was created with co-creator Chris Roberson.

The story follows an aspiring novelist, Benjamin Warner, who was raised by his adoptive parents. With no information about his birth parents, Benjamin began imagining that he was the sole survivor of some foreign planet and possessed some powers which he could activate with concentration and focus. When later in life, this fantastical imagining of a child turns out to be true in an unexpected turn of events, Benjamin Warner has to find a way to control his powers and take on responsibility as the only living heir of an alien kingdom.

Books Every Woman Should Read In Her 20s – 10 Books

6 Creative Hobbies to Make You Smarter and More Intelligent 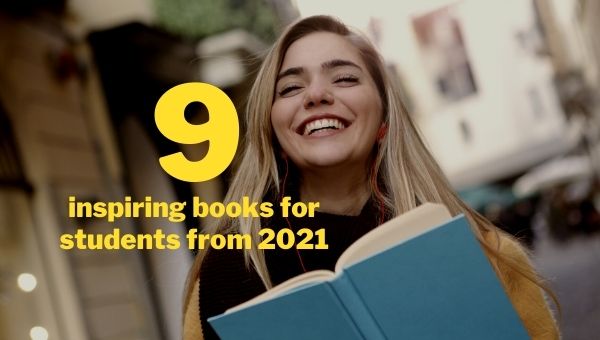 Inspiring Books For Students From 2021 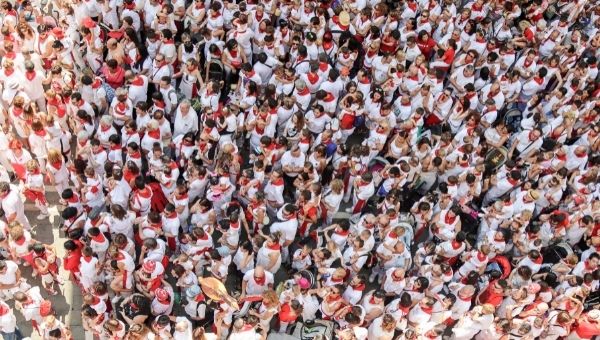 National Story Is Needed Like A National Flag to Connect People 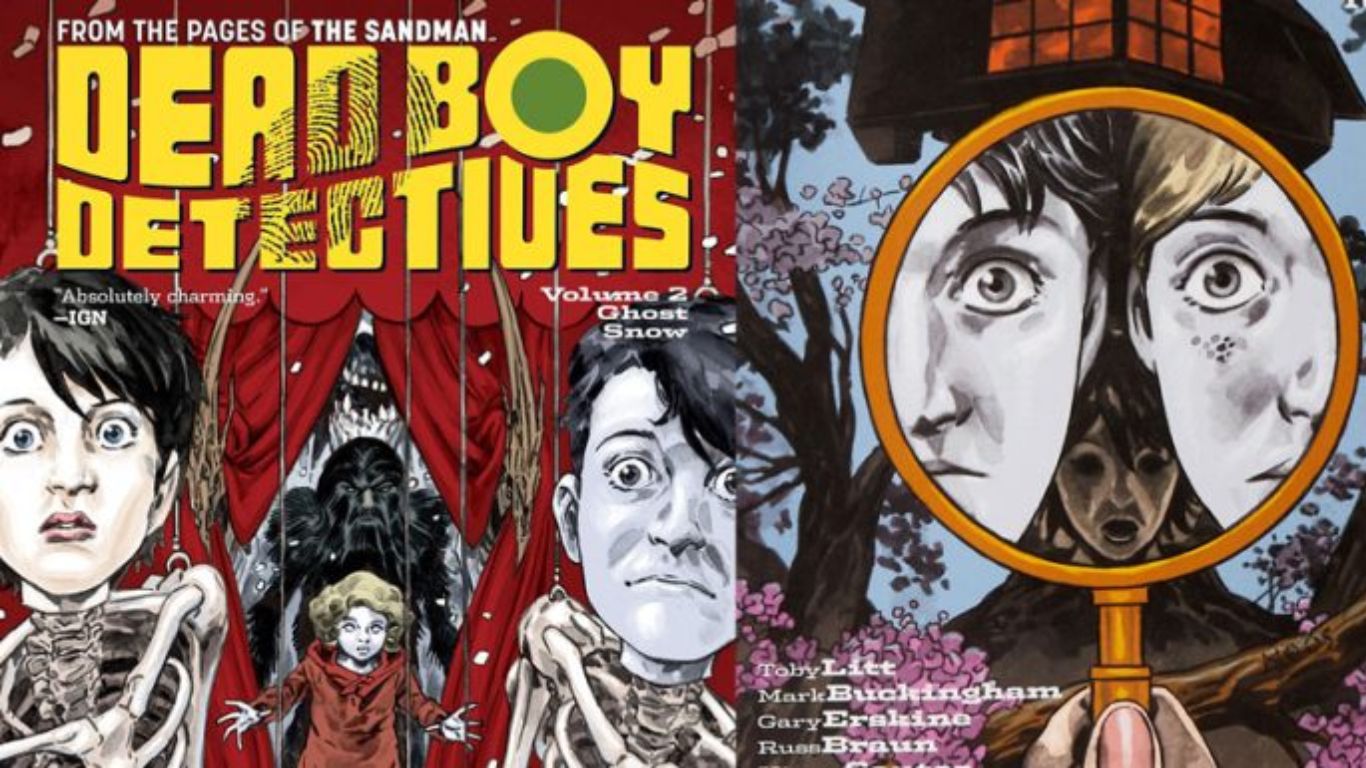