10 Books that are Perfect Gift for Father’s

Even though you know someone well, you have to put in a lot of thought before choosing the perfect book as a gift for them. Here is a list of 10 books that are perfect gift for father’s.

10 Books that are Perfect Gift for Father’s:

A few thousand years ago there were at least six kinds of species existed on earth and but now it is only homo sapiens. How did homo sapiens manage to survive? What led to the building of cities, towns, or kingdoms? What made homo sapiens believe in gods and how did we manage to create religion? How were we got introduced to the concept of time or money? This book by Harari will make the readers everything they thought they knew.

The Splendid and the Vile – Erik Larson

In this book, Churchill teaches the British population how to be fearless. This book is meant for people who are politically inclined but it is not only political it has a sense of domestic drama as well. I bet your father would not be discontented with this book.

Intricate and packed with rich details John Green reviewed the human-centered planet in the existing geological age, Anthropocene in which humans have altered the form of the planet and its biodiversity.

The writer begins the book with a letter to his unborn daughter. In this book, he describes everything, his childhood, personal experience, precious moments spent with his family, and what his daughter ought to expect from this world. Through his work, he portrays the sensitive and sweet bond between parent and child.

If it Bleeds – Stephen King

Holly Gibney of the detective agency named Finders Keepers is presently on a case of a lost dog. And along the course of finding an end to this case, she finds out that there is something wrong about the correspondent who was present in the first scene.

A mysterious story of abduction and robbery that happened twenty years ago would make a u-turn and come back with new clues, FBI agents, and undisclosed stories in the present year.

Things My Son Needs to Know About the World – Fredrik Backman

The writer shared his voyage of falling in love with someone who was exactly his opposite. Then he discloses one of the most intimidating experiences of a man, fatherhood, his faults, and fatherly flaws, to mid-life crisis, masculinity, and so on.

The former president shared his journey, the commencement of his political career, then becoming a president, the first African-American President to someone who gave a new definition, meaning, and knowledge and presented the power of democracy.

There is hardly anyone who has seen the world more than Anthony Bourdain. His adventurous traveling journey took him from his hometown in New York to Paris, Shanghai, Buenos Aries, and more. In this book, Bourdain gave details about not only his experience but the specialties and features of those places he traveled. Moreover, each chapter consists of illustrations by Wesley Allsbrook.

This book is a book of principles that would help achieve success in everything, relationship, business, and beyond. It includes a few strategies like – how to get rid of bad habits, how to be smarter or more capable, keys to motivate yourself, and more.

6 Books to be a Master of Copywriting 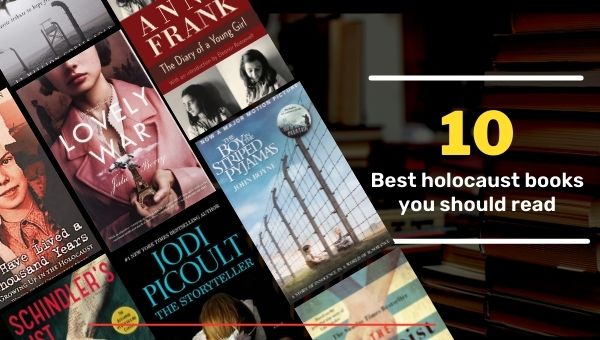 10 Best Holocaust Books You Should Read 10 Things People Decide About Others Within Seconds of Meeting